Betty Smith’s A Tree Grows in Brooklyn (1943) is a beloved novel that portrays poverty, class, and gender dynamics through the experiences of Francie Nolan, an 11-year-old girl when the story begins in 1912.

Or so I’ve been told. This is one of those novels that just about everyone I know read—and loved—when they were teenagers. But I never did.

I downloaded the e-book to my Kindle on December 17, 2012, but it just sat there as I grappled with my fear that I wouldn’t like it as much as my friends did. It’s kind of awkward to read a beloved classic for the first time two decades too late in life.

This week, I finally clicked it open, read Anna Quindlen’s Foreward, then abandoned the book.

These days, with my work seeping into the rest of my life, I’m cautious about how I spend my limited reading time. Quindlen’s eloquent, spoiler-laden Foreward made me think that A Tree Grows in Brooklyn just isn’t the right kind of literary entertainment for me.

The Foreward began with these decouraging words:

“As much as any other beloved book in the canon, A Tree Grows in Brooklyn illustrates the limitations of plot description. In its nearly five hundred pages, nothing much happens.”

She immediately qualified these words as being somewhat “inaccurate,” but the damage was already done. It’s hard to commit to 500 pages of “nothing much.”

With Quindlen’s second paragraph, my motivation to read the novel only continued to drop when she casually mentioned its portrayal of a “pedophile who grabs a little girl in the hall.” That’s not “nothing,” it’s more like “nothing I want to read for leisure.”

There are times when I’m able to read books that address serious and important topics, but this week, when I’m entirely focused on legal work related to sexual violence, I don’t want to go anywhere near this topic in my meager time off.** I guess I only want to read the type of material that Francie’s teacher demanded she write (as Quindlen mentioned in the Foreward): stories about “the beautiful and serene” rather than about “what she really sees around her.”

So, I’ll have to read A Tree Grows in Brooklyn at some other time.

For now, as I come up with alternative reading material, I’m just going to imagine myself here:* 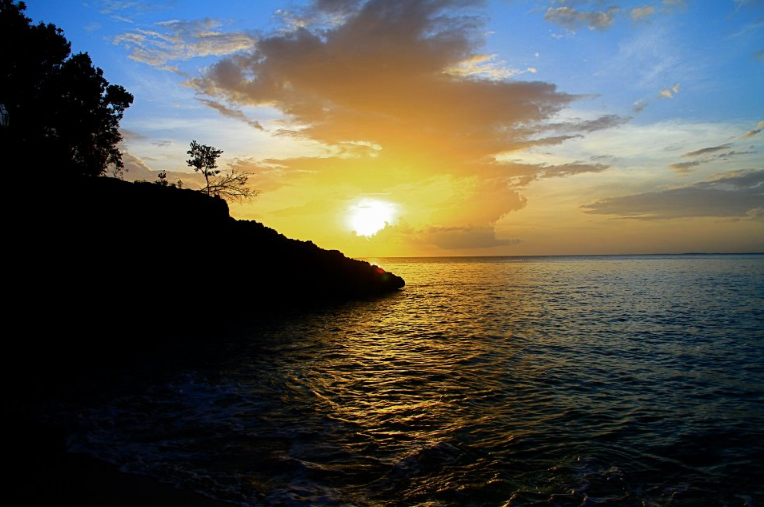 Have a beautiful and serene weekend!

**ETA: However, I have been able to include these themes in my own creative writing (such as in Two Lovely Berries). I use writing as a way of coping with the type of work I do.