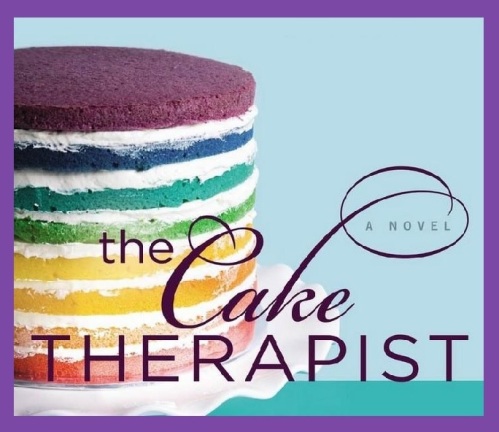 In The Cake Therapist, by Judith Fertig, pastry chef Claire “Neely” O’Neil makes sense of the world through its flavors. To her, “every flavor… [is] a shortcut to a feeling. Sorrow. Joy. Anticipation. Fear. And every feeling [is] the heart of a story.”

With this gustatory gift, Neely leaves behind her failing marriage in New York to open a bakery in her hometown in Ohio. There, she creates culinary masterpieces with the flavors best suited for her customer’s emotional needs. She understands the therapeutic power of food, recognizing that “such a little thing–a sugar cookie–can be an unexpected kindness.”

Some problems, however, can’t be solved with cookies or cake. At one point in the story, Neely finds herself at a loss about what to do to help an employee whose abusive ex-boyfriend is stalking her:

I needed her to come in [to the bakery] today, but at the same time, I hated to ask. She had been beaten up last night, emotionally and physically. And who knew what her home life was like? Could she tell her mother? I didn’t want to make things worse by her boss–that was me–adding even more stress by pressuring her. But she was a young girl in trouble and I wanted to help. So what to do? I sighed.

It’s interesting to see a fictional small business owner grapple with the effects of domestic violence in the workplace.

In the United States, more than one in three women and one in four men have experienced intimate partner-perpetrated physical violence, rape, and/or stalking. Domestic violence often happens behind closed doors, in the privacy of people’s homes, but its effects do not stay there.

It impacts every aspect of a survivor’s life, including, in many cases, his or her ability to work. At times, the workplace even becomes the site of the abuser’s controlling tactics and violence. One study, for example, found that half of stalking victims reported being stalked at work. Domestic violence also often causes absences from work as survivors seek medical attention, attend court appearances, meet with police, or relocate. Far too many survivors end up losing their jobs–or fear that they will–as a result of the abuse, forcing them to remain economically dependent on their abusers.

Obstacles victims face in the American workplace include (1) the fact that most employees are employed “at will,”–which means they can be fired for any reason that doesn’t violate an anti-discrimination law –and (2) many employers are not legally obligated to give their workers sick leave, vacation time, or any right to return to work after a leave of absence.

Still, some survivors may find protection under a patchwork of federal, state, and local laws. A victim’s rights will vary based on where she works, what needs she has, what type of employer she works for, and how long she’s been working there.

The federal Family Medical Leave Act (FMLA), which provides certain employees of larger employers with twelve weeks of unpaid leave, may help victims with serious health conditions arising from the violence. However, it will not help an individual who needs to take a leave for non-medical reasons, such as obtaining a protection order or relocating. Some states and localities have gone further than the federal law by enacting legislation that provides victims with job-protected time off from work or that prohibits employers from discriminating or retaliating against a worker because she has experienced domestic or sexual violence.

Under Pennsylvania law (18 Pa. Stat. Ann. § 4957), a crime victim, a family member of a crime victim, or a witness may take unpaid leave from work solely for the purpose of attending court (there are other states that provide more). That same employee has more rights, however, if she works in Philadelphia, where there is both (1) an unpaid domestic violence leave ordinance that allows victims and their family members to take leave to address a wide variety of domestic violence-related needs and (2) a newly enacted paid sick leave law that permits employees to take accrued leave to address various needs related to domestic abuse, sexual assault or stalking (PDF). Philadelphia also has a local law prohibiting employers from discriminating against employees on the basis of their “domestic or sexual violence victim status.” (Philadelphia Fair Practices Ordinance, PDF).

There should be a more comprehensive legal approach to addressing the workplace effects of domestic violence. All victims should have the right to take job-protected time off to address the violence in their lives–ultimately increasing productivity and job retention in the workplace–no matter where in the country they work or what type of job they have. That leave should also be paid. No one should be forced to stay with an abuser because they could not afford to take a day off from work.

**For more information on domestic violence and employment rights across the United States, see here (PDF).