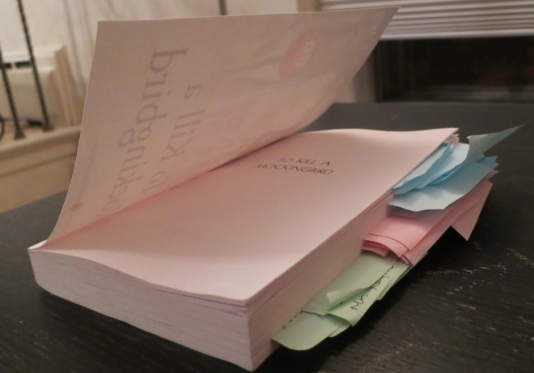 As I continue to grapple with To Kill a Mockingbird’s legacy — including whether it’s time for schools to replace it in the curriculum now that Harper Lee’s estate has made it less affordable — I’ve been thinking about what it provides to its readers that other books might not. One lesson I hope readers glean from its pages is that jury duty is vital to our democracy, giving citizens the ability to uphold our nation’s laws and affect the lives of the people who come before the court.

In Mockingbird, Atticus Finch highlights the importance of the jury in the closing argument to his defense of Tom Robinson, an African American man accused of raping a white woman in Lee’s fictionalized 1930s Alabama. He says,

I’m no idealist to believe firmly in the integrity of our courts and in the jury system — that is no ideal to me, it is a living, working reality. Gentlemen, a court is no better than each man of you sitting before me on this jury. A court is only as sound as its jury, and a jury is only as sound as the men who make it up. I am confident that you gentlemen will review without passion the evidence you have heard, come to a decision, and restore this defendant to his family. In the name of God, do your duty.

Still, far too many people do everything they can to avoid this duty. Some of those people might even count To Kill a Mockingbird among their favorite books.

Why do people want to avoid jury duty? I’ve been called for jury duty twice and empaneled once (lest there are lawyers out there who think their JD gets them out of their civic duty). It was a fascinating and worthwhile experience. However, I can’t deny that serving on the jury was time-consuming and inconvenient.

Another negative is that jury duty might also be an invasion of a potential juror’s privacy because of what lawyers have to do in order to ensure that their clients receive a fair trial.

Mockingbird’s Tom Robinson did not get a fair trial. His life was in the hands of “twelve reasonable men,” according to Atticus, but “something [came]  between them and reason.” That “something” was racism.

Today, while racism is less apparent then it was in the time period To Kill a Mockingbird depicts, bias still exists, and lawyers have an obligation to root it out. They do this through an investigative process called voir dire, when lawyers and/or the judge question prospective jurors about their backgrounds and beliefs.

Voir dire provides lawyers with the information they need to strike prospective jurors for cause (for example, because the potential juror knows one of the parties personally and thus is unable to render an impartial decision) or by the use of peremptory challenges (because the lawyer has a feeling they’d rather not have that person on the jury).

At times, the questions in voir dire are invasive, such as: Have you or someone close to you suffered the loss of a child? Or, have you or someone close to you been the victim of child sexual abuse? The answers might be relevant to a lawyer if they are, for example, representing someone accused of abuse or murder of a child, but a prospective juror might not feel comfortable providing these answers to complete strangers.

To limit the invasion of privacy, some courts have implemented a number of strategies, including (1) “anonymous juries,” when jurors receive a fictitious name or a number that judges and lawyers use to refer to the person throughout the jury selection process, and (2) questioning each prospective juror individually.

The extent to which lawyers may pry into a prospective juror’s personal history became an issue in Oracle America v. Google, a copyright lawsuit over Android. There, the lawyers for the two parties wanted extended time so they could mine the Internet for information about prospective jurors.

Lawyers’ use of the Internet to research prospective jurors isn’t new.* However, there isn’t much concrete guidance out there about how attorneys should do it. Ideally, they would do it in a way that balances their client’s right to a fair trial with the prospective juror’s right to privacy.

Two weeks ago, the trial judge in Oracle America v. Google issued an order in which he referenced To Kill a Mockingbird to illustrate one of the dangers of permitting lawyers to google prospective jurors (namely, that the research “will facilitate improper personal appeals to particular jurors”):

For example, if a search found that a juror’s favorite book is To Kill a Mockingbird, it wouldn’t be too hard for counsel to construct a copyright jury argument (or a line of expert questions) based on an analogy to that work and to play upon the recent death of Harper Lee, all in an effort to ingratiate himself or herself into the heartstrings of that juror.

That could backfire, though, especially if the lawyer tries to make eye contact with that juror. If I were that juror — and To Kill a Mockingbird is actually one of my favorite books — I’d be completely creeped out by it. The number one rule of “Internet stalking” is to never let the person know you did it!

But I digress. Internet searches tied to the jury selection process are different from the googling a person might do about the new neighbors or the parents of their kids’ friends (not that I’m speaking from personal experience… 😉 ) Potential jurors should definitely know that lawyers will look for their so-called “digital fingerprint.”

In Oracle America v. Google, the judge ended up announcing a procedure he hoped would protect jurors’ privacy while allowing lawyers to do their jobs (if the parties refused to agree to a ban on researching jurors on the Internet): The lawyers must inform the prospective jurors of the extent to which they will search for them on the Internet, limiting the searches to publicly available information and giving the jurors a couple of minutes to adjust their social media privacy settings through their cell phones. The lawyers may not use the information they learn through the Internet to make personal appeals to jurors or use their affiliation with tech companies to research information not otherwise available to the public (such as search histories).**

Generally speaking, this protocol makes sense to me. I don’t mind lawyers performing internet searches for publicly available information about me or other prospective jurors. If I were representing a defendant like a modern-day Tom Robinson, I would want to know whether a prospective juror raves on Goodreads about racist books like The Bell Curve or its more recent iteration, The Triple Package.*** I wouldn’t want them on the jury any more than I would want to empanel the shockingly racist version of Atticus Finch in To Kill a Mockingbird’s early draft, Go Set a Watchman.

*Jurors, however, are not supposed to google the case or the lawyers involved in it for fear the information they see could inappropriately sway them.

**See the this article (scroll down for the order from the Northern District of California) for additional details.

***Googling a person’s name and “goodreads” will sometimes bring up their goodreads profile. If that’s a problem for you, visit the Goodreads account settings to see what you can do to adjust the privacy level.