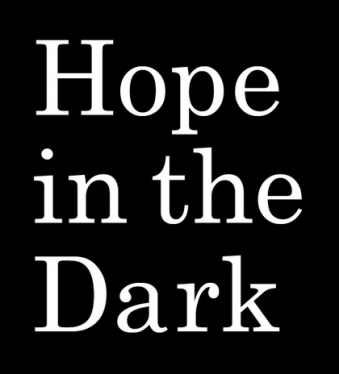 It feels wrong to be happy.

As Rebecca Solnit writes in Hope in the Dark, a thought-provoking book she wrote in 2003-04 to counter the despair so many of us felt during the tumultuous years of the Bush Administration:

[A] part of the Puritan legacy [of the left] is the belief that no one should have joy or abundance until everyone does, a belief that’s austere at one end, in the deprivation it endorses, and fantastical in the other, since it awaits a universal utopia.

But, as she explains, “Joy sneaks in anyway, abundance cascades forth uninvited,” and it sustains us.

Solnit gives us the example of Roger Casement, a human rights activist and Irish nationalist, who took breaks from his investigation of human rights abuses in South America a century ago “to admire handsome local men and to chase brilliantly colored local butterflies.”

Coincidentally, I’m looking forward to chasing brilliantly colored butterflies in a few months (I plead the Fifth on admiring handsome men from afar in the meantime 😉 ). Greeting butterflies in my garden is a dream I’ve had since the bleak days after the 2016 election, when my daughters asked me what they could do in response to Donald Trump’s unconscionable win.

At first, I didn’t know what two third graders and a kindergartener could do. Whatever “political” activity it was had to be tangible, relatively easy to understand, and meaningful to them. It became clearer when they shared their fears about the environment (a fear I didn’t substantiate by saying anything about Trump’s anti-science pick for the Environmental Protection Agency).

So, we’ve decided to plant a butterfly garden. We joined the Monarch Squad at the World Wildlife Fund, we learned about the declining monarch population, we planted milkweed seeds in November (we’ll do another round of milkweed planting in the spring), and we’ve started to research butterfly-friendly plants.

Most of our work in the garden will happen during my daughters’ spring break in a few months, but for now, it’s fun to plan our project and to dream about beautiful butterflies. This project gives us a sense of joy we sorely need during these dark times.

**I’m sorry to have found out through Google that Roger Casement met a sad end.