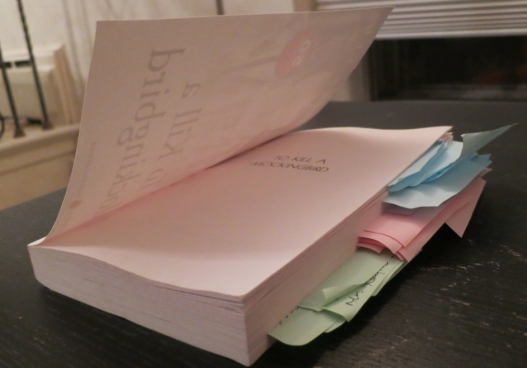 Harper Lee’s Pulitzer Prize-winning novel, To Kill a Mockingbird, is at the center of yet another legal drama. This time, Tonja Carter, the representative of Lee’s estate, has sued Rudinplay, Inc, a New York-based theater production company, over a 2015 contract that gave the company the right to adapt To Kill a Mockingbird into a stage play for Broadway.

In the Amended Complaint, filed on April 6, 2018, Carter claims the production company violated the contract by deviating from the “spirit” of the novel, changing the depiction of the legal proceedings against Tom Robinson, and altering the characters of Atticus and Jem.

Regarding Atticus, paragraph 8 of the Amended Complaint alleges:

“Atticus Finch, the central figure in To Kill a Mockingbird, is an iconic character in American literature… Atticus Finch is portrayed in the novel as a model of wisdom, integrity, and professionalism. He took on a representation that was unpopular in his community, stood up for his client in the face of a lynch mob, and provided zealous advocacy at trial… Not just a courageous lawyer, Atticus Finch was also a wise and compassionate father… The Alabama State Bar even placed a monument to Atticus Finch… in 1997.”

Claiming Aaron Sorkin, the playwright working with Rudinplay, departed from this idealized vision of Atticus, the Amended Complaint points to an interview in which Sorkin said, “When the curtain rises on the world premiere of Sorkin’s To Kill a Mockingbird, audiences won’t encounter the morally sound Atticus Finch they know.”

But who is the Atticus Finch we know? Can we think about the seemingly “morally sound” man from To Kill a Mockingbird without any influence from the bigot he turns out to be in Go Set a Watchman, the early draft of Mockingbird that Tonja Carter tried to pass off as its sequel?

For those who don’t remember, a couple of years ago, Carter claimed to have found the decades-old manuscript of Go Set a Watchman in a Lord & Taylor box. She suggested it could be a sequel to Mockingbird and then arranged for its publication. Upon reading it, many Mockingbird fans were disappointed to learn that the Atticus we thought we knew — the “model of wisdom, integrity, and professionalism” Carter refers to in her complaint — was actually a devout racist.

The man he is in Watchman certainly doesn’t deserve the monument Carter refers to in Paragraph 8 of the Amended Complaint.

I find it difficult to separate Mockingbird from Watchman, but the 2015 contract between Rudinplay and Lee predates the publication of Watchman by a few weeks and refers only to Mockingbird. As a result, it might be more likely that Sorkin’s depiction of Atticus (as less “morally sound”) is a deviation from the book at the center of the contract.

But is it a breach of the agreement as Carter claims in her lawsuit?

In paragraph 12, the contract explicitly states:

“[Lee] shall… have the right to review the script of the Play and to make comments which shall be considered in good faith by the Playwright, and the Play shall not derogate or depart in any manner from the spirit of the Novel nor alter its characters. If the Author believes that the Play does so derogate or depart, or alter characters, Producer will be given notice thereof as soon as possible, and will be afforded an opportunity to discuss with Owner resolutions of any such concerns.”

What does it mean to “alter” a character from Mockingbird? Who knows. Obviously, a certain amount of alteration must happen to turn a novel into a stage play.

In its Motion to dismiss the case, Rudinplay says that (1) the play does not deviate from the “spirit of” the book or alter its characters, and (2) the Estate didn’t give them notice of its concerns in a timely manner. They have also asked the United States District Court for the Southern District of Alabama to dismiss Carter’s lawsuit because, they say, Alabama doesn’t have personal jurisdiction over them. In the alternative, they argue that the Court should at least transfer the lawsuit to the Southern District of New York, where Rudinplay has recently initiated a separate lawsuit against Carter and the Estate over this contract.

So, where does Carter’s lawsuit belong? Does it belong in Alabama, where Lee lived and where Mockingbird takes place, or in New York, where Rudinplay is based and where virtually all of the negotiations took place?

For a court to have jurisdiction over a case, the defendant must have had at least minimal contact with that state. Here, Rudinplay claims that it never “availed itself of the privilege of conducting activities” in Alabama and therefore never “anicipate[d] being haled into court” in that state. They note that Rudinplay’s portion of the Agreement pertained only to productions in New York or London, not in Alabama, that Rudinplay dealt only with Lee’s representatives in New York and London, and that the Agreement provides that “All matters concerning this Agreement… shall be governed by the State of New York.”

However, we can’t forget that Lee and now her estate’s personal representative are based in Alabama, and they are a party to the underlying contract. The alleged harm would be to them in Alabama, and that might be enough for minimal contacts with the state. See Calder v. Jones (1984).

Even if a federal court in Alabama has jurisdiction, in my opinion, it should transfer the case to New York because it’s clearly the more convenient forum for virtually everyone involved except for Carter. The negotiations would not have occurred there otherwise.

New York is, in fact, a natural home for To Kill a Mockingbird, despite its Alabama setting and roots. Harper Lee lived in New York for many years prior to the publication of Mockingbird, and Carter’s controversial publication of its early draft suggests that Lee’s New York editor likely had a heavy hand in turning that “lumpy tale” into the final product Rudinplay wanted to adapt for Broadway.

Sources (in addition to the links in the post):