Naming is a tough job, whether it’s for real life or for fiction. We agonized over our daughters’ first names, wanting to find names that appropriately conveyed our heritage without increasing the likelihood that they’d be bullied at school. We even put thought into their last name—my name, my husband’s name, or a hyphenate hybrid—because the American tradition of passing on the paternal name wasn’t a given in our household.

Similarly, with Two Lovely Berries, my characters’ names changed throughout the drafts, from Audrey to Aubrey and Alex to Nora, and their last name was “XXXX” for an embarrassingly long time. I ended up settling on the last name “Daley” because it reflected their heritage, but any number of other names would’ve been equally good.

The difficulty I’ve had with naming makes me particularly interested in the names that appear in the books I read. Was it just a fluke, as it was for the Daley twins, or was there a clear purpose behind it, as was the case for Charlotte Brontë’s Lucy Snowe?

Lately, I’ve been wondering about “Sinclair,” a surname of Scottish origin that I’ve come across a few times in popular fiction:

(1) First, I saw it in The Flight of Gemma Hardy, Margot Livesey’s homage (or ripoff, depending on how you look at it) to Charlotte Brontë’s Jane Eyre. The new Mr. Rochester is Mr. Sinclair, a Scottish landowner.

(2) Then, I came across it again in E. Lockhart’s We Were Liars, narrated by Cadence Sinclair Eastman, the fragile heir to the wealthy Sinclair family of New England.

(3) Finally, I came across it yet again last week in Diann Ducharme’s The Outer Banks House, a historical romance featuring Abigail Sinclair, a Confederate planter’s daughter shortly after the Civil War. The book takes place in North Carolina’s Outer Banks, where I spent last week with my family (see the pictures above and below).

I know more fictional Sinclairs than real-life ones. All of these characters come from socioeconomically advantaged backgrounds, but otherwise they are quite different from each other. I wonder what it was that prompted these authors to choose that last name. Mr. A.M.B. recommended searching the Google Ngram Viewer, which indicates that “Smith” is indeed declining a bit in English-language fiction, but that Sinclair has been mostly steady. Graph here:

Still, it seems like a trend in the fiction I read, which, as far as I know, Google hasn’t analyzed specifically to sell ads to me. 😉

Has anyone else come across a particular first or last name more often in literature than they have in real life? 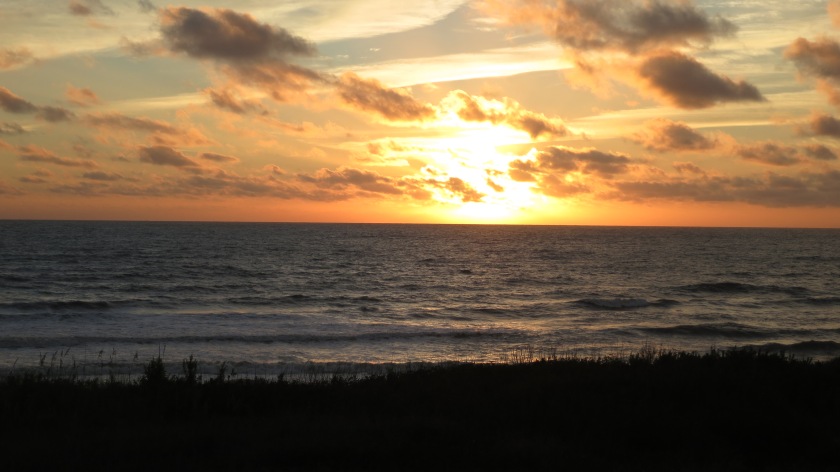