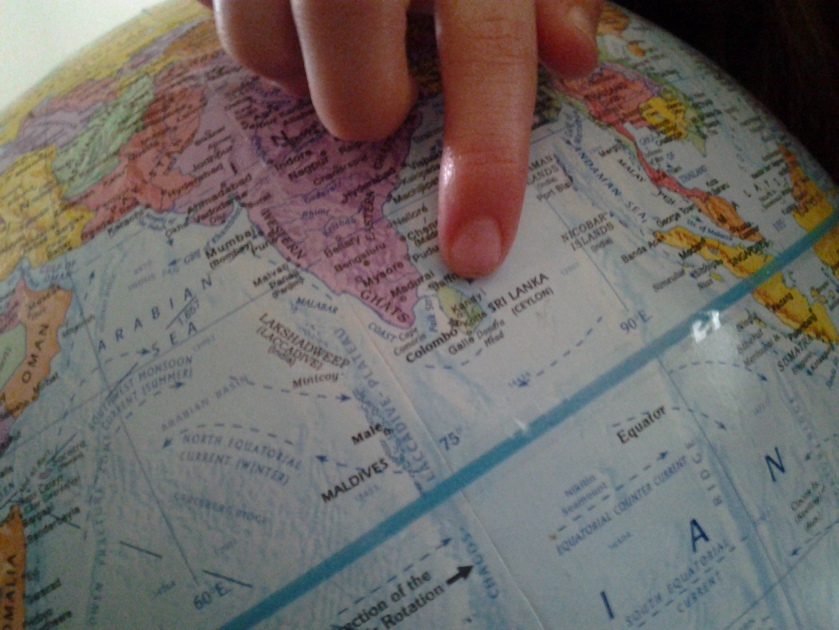 On February 4th, Sri Lanka celebrated 69 years of independence from the British Empire. Sri Lanka is my mother’s homeland, but I grew up in the United States, where many people are incapable of finding Sri Lanka on the globe. The fact that Americans know so little about the world is sad. This ignorance explains, at least in part, why a large percentage (though not a majority) of American voters felt comfortable electing a xenophobic man for President (and xenophobia is only one of a long list of hateful traits this man exhibits proudly).

If more Americans made an effort to learn about the rest of the world, the United States would be a better country than it is right now. Not everyone has the resources to travel, but books are a wonderful way to broaden our worldview. I think that is particularly true of books for younger readers, who aren’t so entrenched in their views already.

To learn more about Sri Lanka, check out Cinderzena’s list of Sri Lankan literature (and bloggers!). As she explains:

I decided to create a list of some of the best, spell binding and intriguing Lankan literature written in English. Of course there are so many more wonderful masterpieces in both Sinhala and Tamil (which are both official languages of the country) but translations of them are also widely available. I tried my best to chose from a wide range of genres including translations.

Cinderzena was kind enough to include Anusha of Prospect Corner, the middle grade novel I wrote with my twins. We are Sri Lankan-American (I am half Sri Lankan; my Dad’s side is predominantly Irish with a mix of Sioux, African, and Basque). The novel was a way of exploring our identity as we grapple with what remains of our Sri Lankan heritage while we live thousands of miles away from our mother country.

To learn more about Anusha of Prospect Corner, find it on: